The Frogmore Press has published a companion volume to its 2012 anthology, Poems from the Old Hill.  Echoes from the Old Hill, edited by Jeremy Page, brings together the work of eighteen widely-published poets resident in Lewes and will be launched at the Elephant & Castle, White Hill, Lewes, on Wednesday 1 June, 7.00 – 8.30pm (doors 6.45). All welcome, free admission. A number of contributors to the anthology will read.

Copies of Echoes from the Old Hill will be available at the launch (£10.00, cash or cheque only please), or can be purchased from Skylark in the Needlemakers or post free from The Frogmore Press at 21 Mildmay Road, Lewes BN7 1PJ (cheques payable to ‘The Frogmore Press’).

The Frogmore Press has today published a new anthology of work by poets resident in Lewes: Echoes from the Old Hill, edited by Jeremy Page.

A companion volume to Poems from the Old Hill (Frogmore Press, 2012), it features work from eighteen widely published poets including John Agard, Grace Nichols, Catherine Smith and Janet Sutherland, and will be launched at the Elephant and Castle, White Hill, Lewes, on Wednesday 1 June 2022, 7pm (free, no booking necessary, all welcome).

The arresting cover image of the chalk cliff overlooking the river and railwayland is by local artist Neil Gower.

Copies of the book (£10.00 post free) are available from: The Frogmore Press, 21 Mildmay Road, Lewes BN7 1PJ; or can be purchased locally from Skylark in the Needlemakers.

The third Frogmore Press Poetry South East anthology, showcasing the work of poets from Kent, Surrey and East and West Sussex, has been published and is now available from the Frogmore Press (£7.50 post free).

The latest incarnation boasts another striking cover by Neil Gower, who designed the covers for both its predecessors, and includes poems by three poets whose work appeared in Poetry South East 1 back in 1976: John Arnold, Ian Caws and John Rice. In total fifty-two poets, among them John Agard, Brendan Cleary, Sasha Dugdale, Maria Jastrzębska, Patricia McCarthy, John McCullough, Grace Nichols, Catherine Smith, Susan Wicks and Jackie Wills have contributed to this unique survey of poetry from the region.

If you would like to purchase a copy (£7.50, post free) please write to us or email frogmorepress@gmail.com

If you missed the launch of Pale Fire – New Writing on the Moon earlier this year, here is your second chance to hear from some of the contributors, at a very special venue. 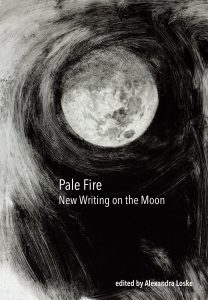 The Moon has inspired lovers, poets and artists since time began and was in fact our first timekeeper. This year it has been 50 years since humans first set foot on the Moon. Join us for an evening of lunar poetry hosted in collaboration with the The New Venture Theatre in Brighton.

Writer and editor Alexandra Loske will introduce new and classic writing on the Moon, composed, chosen and read by contemporary poets and NVT members.

We are proud and excited to announce the publication of  a pamphlet of poetry by novelist Lindy Usher. It was produced by New Art Projects, London, in association with us and Art First Gallery,  designed by Christian Kusters at CHK Design, and features specially commissioned art work by John Lee Bird. The book deals with the devastating effects of loss of speech through stroke. Usher suffered a series of strokes at a relatively young age and has here created a sequence of poems about Caspar David Friedrich, Hans von Bülow, Lovis Corinth, Kurt Schwitters and Otto Dix, all of whom suffered strokes. Sue Hubbard notes that Usher ‘takes the fractured shards of language and rebuilds them bit by painful bit to create something that both reflects, yet reaches beyond, this life-changing experience’.

Payment can be made by Bank Transfer or by Paypal to Fred@newartprojects.com

Join us at the launch of this publication on 26 January 2019 in London, details HERE. You will be able to order copies from the Frogmore Press after the launch. 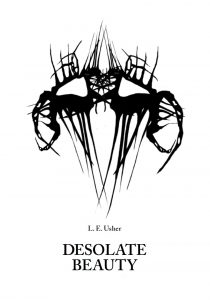 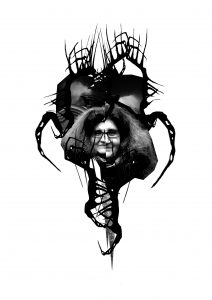 In April 2019 Frogmore will publish an anthology of new writing on the Moon, with the title Pale Fire. The editor of the anthology, Alexandra Loske, has recently published a substantial illustrated book on the Moon in art, science, and culture in general, co-authored with astronomer Dr Robert Massey from the Royal Astronomical Society. Since its publication in October Alexandra and Robert have taken part in many Moon-themed events, including an appearance with Maggie Aderin-Pocock at the Cheltenham Literature Festival, a podcast about the Apollo 8 Moon mission and their famous Earthrise picture, as well as lectures and talks in London and at the University of Sussex. Telescopes were present at some of them! This all bodes well for the Frogmore Moon anthology, which coincides with the 50th anniversary of the Apollo 11 Moon landings this year, and will surely lead to more events ‘around the Moon’. Among the contributors to the anthology are Grace Nichols, George Szirtes, Neil Gower, Janet Sutherland, Clare Best, Maggie Butt, Myra Schneider, Martin Malone and Sharon Black. The artwork will be by Fergus Hare. 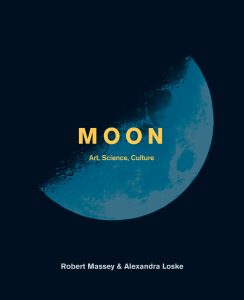 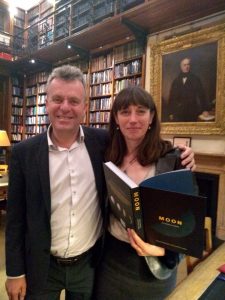 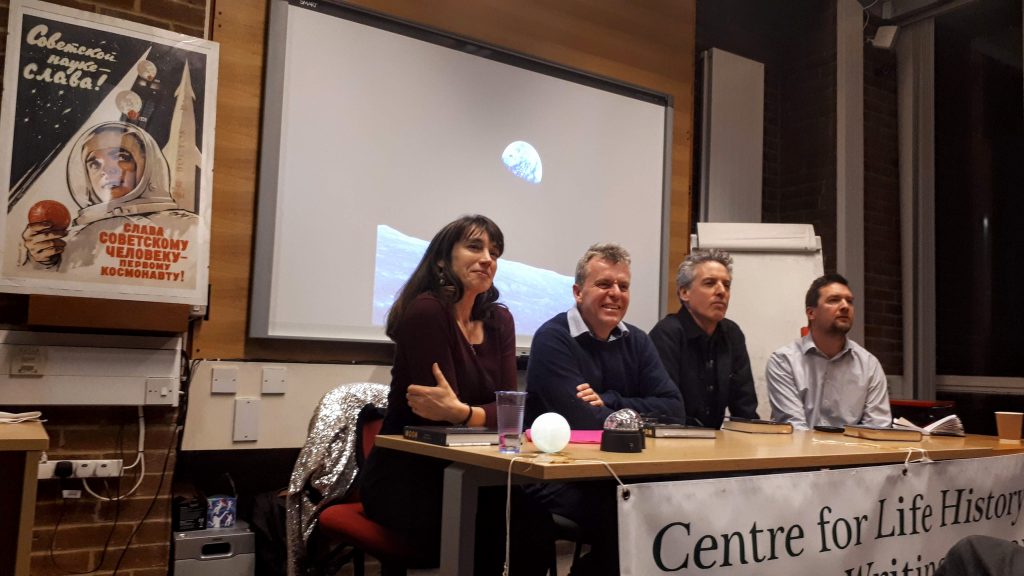